Hi, I'm Mark! I'm a front-end engineer living in Arizona. With my 5 years of programming experience using tools ranging from React, Vue, TypeScript, NodeJS, Redux, Vuex, and React Native I am equipped for your next project. Let's chat to discuss how I can create your next website or app with clean, pixel-perfect design. 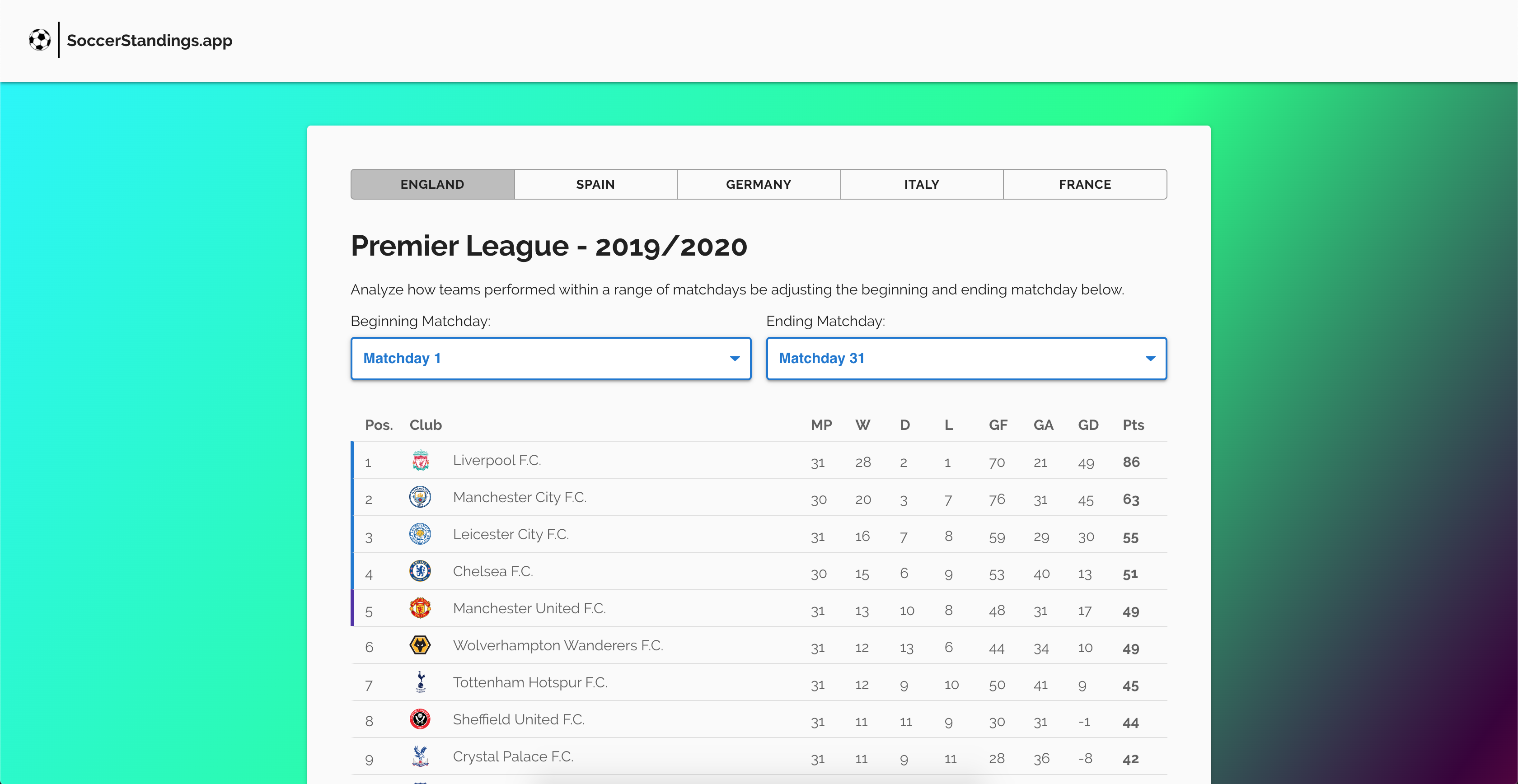 A Create React App project that makes use of React Router, Firebase, and cron jobs to scrape and display the latest tables for the top 5 soccer leagues in the world. Created as a passion project to analyze team data across matchdays, this has been an ongoing project with incremental improvements. Initially I set up an "admin" dashboard to manually input all the soccer score, but I quickly grew weary of this process and set up a scraping service that runs every 15 minutes on a cron job.

View the app See the code 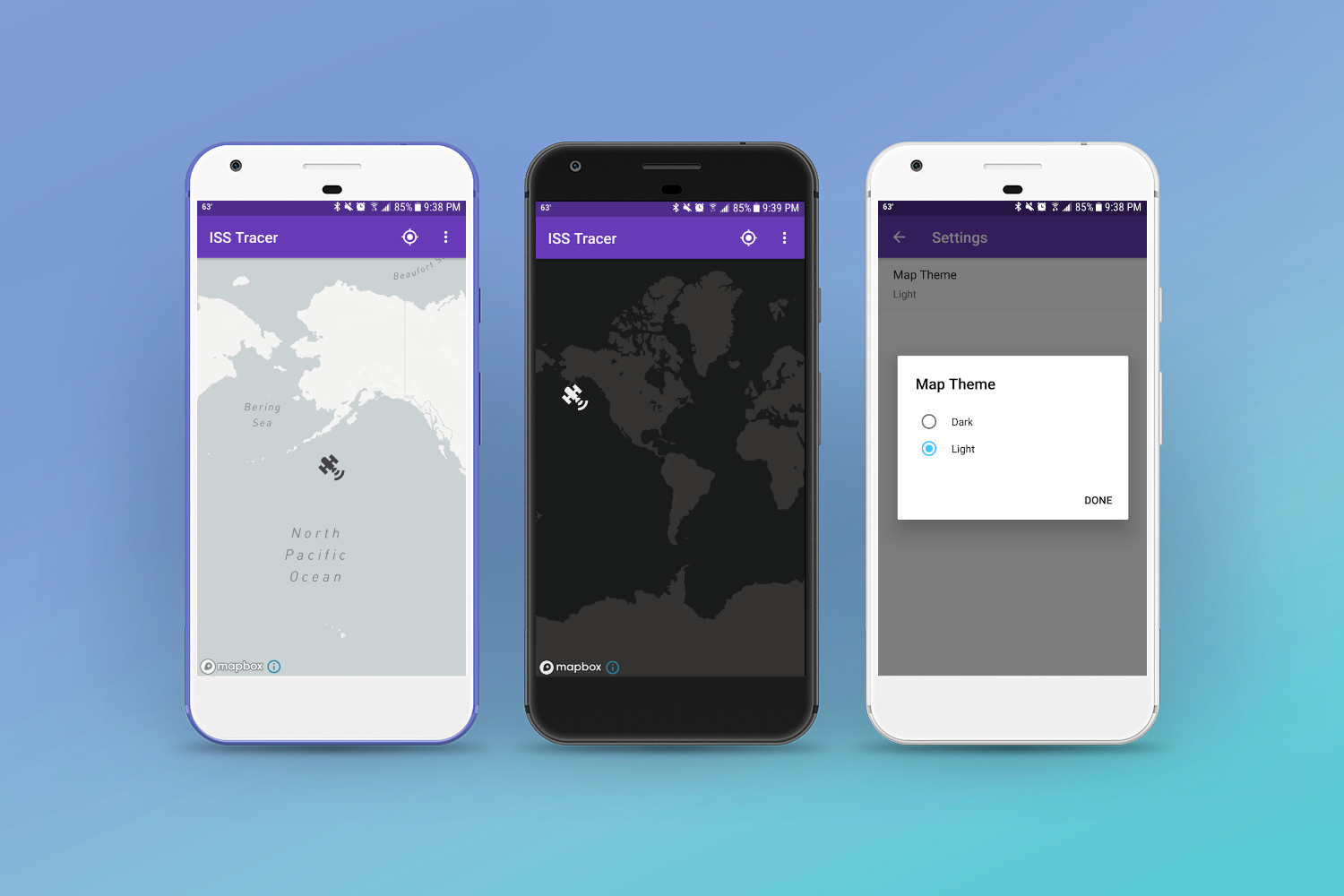 My first React Native project, inspired by my daughter's interest in the International Space Station. Weary of using poorly designed websites on my phone to find the current position of the ISS, so I took on tracking the ISS as my first React Native project. I made use of the Mapbox SDK and the Open Notify API to plot the ISS and live update its location. Released to the Google Play store. 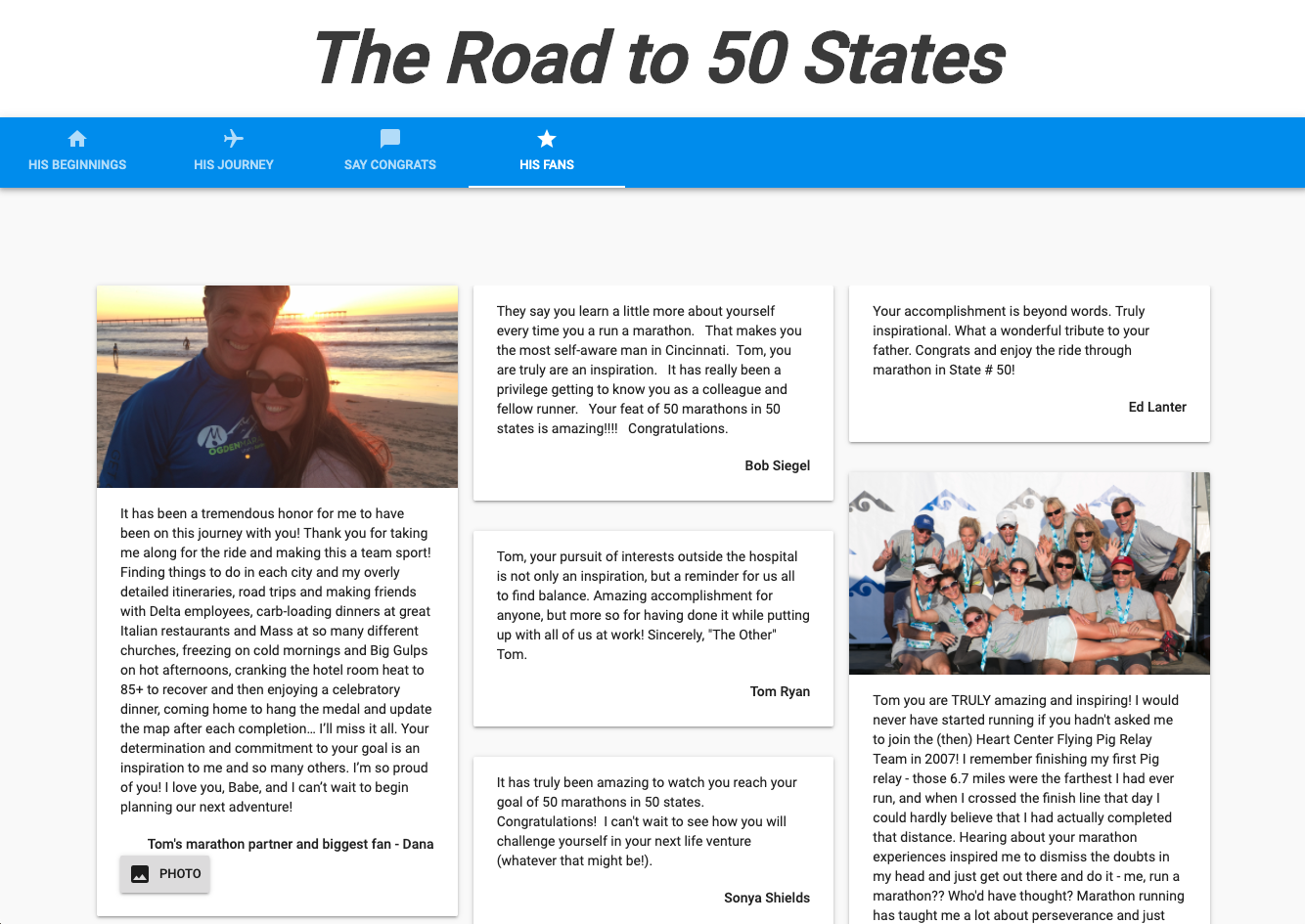 The Road to 50 States

A React project I created as a gift to my dad when he was preparing to run a marathon in his 50th state -- Montana. The website served to both tell the story of my dad's journey to reaching his 50th state and also gave his family and friends a place to say their congratulations. I used Firestore as a quick and easy way to store all the user provided content (comments, photos, and videos).

View the app See the code